An automobile engine is the most core and important component of automobile. With the continuous development of technology, turbocharging technology is gradually applied to automobile engines. The OEM NISSAN Alternator factory will provide you with answers to the common fault phenomena, causes, and solutions of turbochargers. 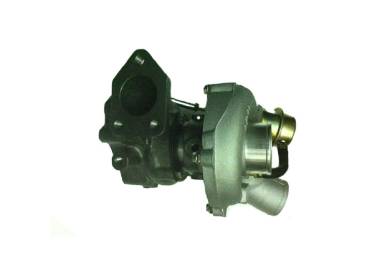 OEM truck with the turbocharger is the use of the exhaust pipe from the exhaust gas, the turbine at high speed, at the same time by high speed rotating rotor shaft drives the compressor impeller, the speed can be as high as 50000 ~ 230000 r/min, high-speed rotating compressor impeller will inhale air pressurization, greatly increases the density of air into the cylinder, improves the diesel engine power. Turbochargers are important components for increasing engine power and reducing exhaust emissions. Due to improper use, maintenance and maintenance, prone to failure, resulting in the engine can not work normally. Some common faults of turbochargers and their treatment methods as follows:

Phenomenon one: oil consumption is large, but the exhaust smoke color is normal, power is not reduced.

Reason: this condition is usually due to oil leakage.

Treatment: (1) first check whether the external oil pipe of the engine lubrication system (including the supercharger inlet and return oil pipe) is leaking oil;

Phenomenon two: oil consumption is large, exhaust emits blue smoke, but the power does not drop.

Reason: due to oil leakage at the compressor end of the supercharger, the oil enters the combustion chamber through the engine inlet pipe and is burned off. There are several possibilities as follows:

(1) the return tubing of the supercharger is not smooth, and the oil accumulation is too much in the middle support of the rotor assembly, which flows into the compressor impeller along the rotor shaft.

(2) after the seal ring or oil swing ring near the end of the compressor impeller is damaged, the oil enters the impeller chamber and then enters the combustion chamber along with the indoor pressurized air.

(1) open the outlet of the compressor or the straight inlet pipe of the engine (rubber hose), and watch whether the outlet and pipe wall adhere to the oil. If yes, please check whether the supercharger return tubing is unblocked. If not smooth is caused by too much oil accumulation in the middle support, the return pipe should be dredged and reloaded.

(2) if smooth, it is caused by damage to the seal ring or oil swing ring at one end of the impeller, the supercharger should be disassembled for repair.

(1) the gap between the piston and the cylinder is too worn, the oil rushed into the combustion chamber and was burned up.

(2) when the air is inhaled by the supercharger, the airflow encounters great resistance.(for example, the air filter element is blocked, the air inlet hose is sucked and deformed or compressed, etc.), the compressor inlet pressure is low, resulting in oil leakage into the compressor, with the compressed air into the combustion chamber burn.

(1) check whether there is oil in the wall of the straight flexible inlet pipe and whether it is compressed to block the airflow or block the empty filter element.

(2) if there is oil in the pipe orifice and wall, clean or replace the air filter element.

Phenomenon: exhaust black smoke, power down, and the supercharger have abnormal sound.

(1) if there is metal friction sound, it is caused by excessive wear of supercharger rotor bearing or thrust bearing and friction between impeller and supercharger housing.

(2) if it is not the sound of metal friction, but the sound of airflow, it is the sound of rotation caused by high-speed rotation of the supercharger rotor, or the phenomenon of air leakage caused by the poor connection of inlet and exhaust interfaces.

(1) the former shall be repaired by replacing the damaged spare parts according to the wear and tear.

(2) the latter should be carefully distinguished and addressed.

Next: Teach You to Clean the Engine Room (Part 2)