Engine oil must be replaced:

Motor oil is nicknamed the "blood" of the engine, which shows its importance. There are two types of motor oils: general motor oil and general-purpose motor oil. General-purpose motor oils can be used in cold winters and hot summers without distinction. Ordinary engine oil is divided into winter oil and summer oil. If winter oil is used in winter, the oil will become very viscous in cold conditions, and there will be a lot of resistance when starting, making it difficult to start. The engine speed after starting reduce. Therefore, when entering the winter, the owner should timely replace the oil in the car oil pan and the air compressor with the special oil in winter, which can ensure the lubrication quality, and can also protect the engine.

So how do we choose motor oil? Custom distributors believe that: first, the oil is not the more expensive, the better, the owner should strictly follow the requirements of the "Auto Manual" of their models to add the brand's special engine oil; second, the oil according to the viscosity of "W "Classification, 0W, 5W, 10W, etc., the lower the number, the thinner the oil, the more suitable for autumn and winter. 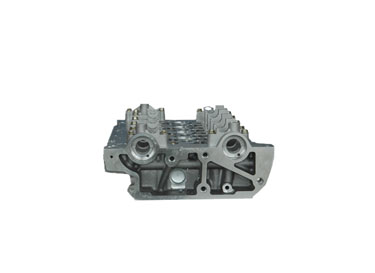 The main performance of antifreeze is reflected in the following aspects: First, antifreeze can prevent the corrosion of metal parts in the cooling system of automobile engines, and it will protect these parts. Secondly, the freezing point of antifreeze is relatively low, generally around -20 ° C, which is much lower than the freezing point of tap water, so when the temperature is low, it will not affect the normal operation of the cooling system due to freezing.

Mercedes benz alternator supplier reminds you to pay special attention when purchasing antifreeze, you must choose the brand suitable for the engine, and must not use fake and inferior antifreeze and different brands of antifreeze.

The weather is more rainy and frosty, and the road is wet and slippery. It is also required that the tires maintain sufficient friction. If the tires are heavily worn, replace them with new ones in a timely manner, and try to replace the tires that have been repaired repeatedly. When it is cold, rubber tires also become hard and brittle, which reduces the coefficient of friction, which makes it easy to leak air and tie tires. Even if you replace a new tire, you must often clean up the debris on the tire surface pattern, check for scratches, Bulge.

Previous: Do You Know the Knowledge of Truck Maintenance in Spring?

Next: Truck Maintenance Basic Knowledge of the Engine (Below)