Truck Maintenance Basic Knowledge of the Engine (Below)

Engine cylinder wear is uneven during use. The general rule is that along the axis of the cylinder, above the cylinder liner, the maximum amount of wear is at the bottom of the first air ring at the top dead center, and the wear of the piston ring is the minimum below the bottom dead center. From the worn cross section, the cylinder is ground to a non-standard cylindricality. In general, the first and sixth cylinders of the engine wear more severely than other cylinders, and the main reason is the poor cooling.

Mechanical wear is caused by mechanical friction. The degree of mechanical wear is affected by the machining accuracy of cylinders and piston rings, the quality of the fit, the lubrication conditions, the operating temperature, and the mutual pressure in friction. When the engine is running, the upper temperature is high, the lubricating oil is affected and becomes thin, the quality of the oil film is poor, and the back pressure of the first piston ring (high-pressure gas enters the piston ring groove, tightly pressing the piston ring against the cylinder wall) It is the largest, therefore, the first piston ring at the upper part of the cylinder and the slightly lower part wear the most, while the wear below it becomes smaller.

Abrasive wear is the main wear. Abrasive is a mixture of metallic impurities mixed with engine oil and impurities brought in the air, which can accelerate the wear of the machine parts. During the intake process, the supercharged intake air directly rushed into the cylinder wall opposite the intake valve. When the engine is running at low temperature, the diesel spray is not good, and the diesel oil particles that have not been fully burned dilute the oil and make it Thins and destroys the oil film.

At the same time, due to the damage of the air cleaner element, dust, sand and other particles brought in by the intake air adhere to the cylinder wall opposite the intake valve, causing severe abrasive wear. Abrasive wear not only causes abrasion at the upper bottom dead center of the first piston ring of the cylinder, but also makes the cross section of the cylinder elliptical. The main cause of abrasive wear is: the air filter element is damaged, the hose of the supercharger to the intercooler or the supercharger to the intake pipe is disconnected, cracked or disconnected, and the air is short-circuited into the cylinder to form severe abrasive wear; Some users have overemphasized the replacement of oil by quality, the oil has been used for too long, the oil has deteriorated, become thinner, and impurities have increased. Metal impurities have caused serious abrasive wear. In units that are not yet equipped with laboratory equipment, it is best to implement periodic oil changes. It is the best maintenance method to change the oil, oil filter core and air filter every secondary maintenance (12000km). 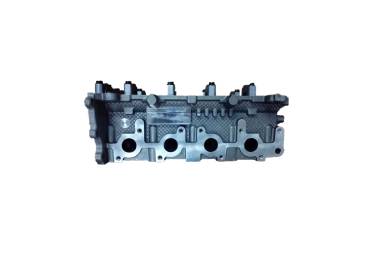 In order to ensure the normal operation of the engine and prevent the early wear of the cylinder, the following suggestions are put forward:

(3) Ensure the use of qualified CD-grade medium-pressure diesel engine oil, and implement oil changes on schedule to ensure the cleanliness and quality of the oil. Change oil and oil filter every time.

(4) Regularly check the turbo chargers for cars to the intercooler and the connecting part of the intake pipe to prevent the connecting hose from loosening and breaking, and ensure that the air enters the cylinder after filtering.

Next: Truck Maintenance Basic Knowledge Of The Engine (On)