When Driving a Turbo-Charged car, It Is Important to Idle for Three Minutes after Starting

With more and more turbocharged cars on the market, the T's main function is to boost engine air intake, which increases the power and torque of the main engine and makes the car more powerful. But some auto professionals say turbocharged cars are used with finery. OEM NISSAN Cylinder Head Bolt factory to share with you：

Improper use of the engine is liable to damage

Tip: use of turbocharged engines

After the turbocharged engine starts, do not step on the accelerator pedal, should be idle for three minutes, this is to make the oil temperature rise, flow performance, so that the turbocharger gets full lubrication, and then to improve the engine speed, start running.

The turbocharged engine cannot be shut off immediately after running at high speed for a long time. The reason is that the engine work, some of the oil supply turbo chargers for cars rotor bearing lubrication and used for cooling, running after the engine suddenly stop, oil pressure drops to zero quickly, engine oil lubrication is interrupted, the heat inside the turbocharger cannot be taken away by the oil, then the supercharger Turbo parts of high temperature will spread to the middle, bearing shell heat cannot take away quickly, while the turbocharger rotor is still in the high speed rotating inertia effect.

This will cause the turbocharger between the shaft and sleeve "bite" and damage to the bearing and shaft. Therefore, the engine should be idle for about three minutes before flameout, so that the turbocharger rotor speed down. In addition, it is worth noting that turbocharged engines are also not suitable for long idle running, which should be kept within 10 minutes. 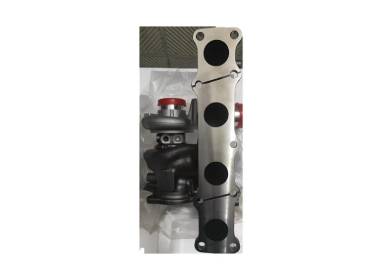 Previous: What If the Truck Runs Out of Power?

Next: Common Faults of Turbochargers (Part 2)