What is the cylinder head?

The cylinder head is the cover of the engine and the components that close the cylinder, including the water jacket and the steam door and the cooling fins.

The cylinder head is cast from cast iron or aluminum alloy. It is the mounting base of the valve mechanism and the sealing cover of the cylinder. The cylinder and the top of the piston form the combustion chamber. Many have adopted a structure in which the camshaft support seat and the tappet guide hole seat are integrally molded with the cylinder head.

The cylinder heads are generally cast from high-quality gray cast iron or alloy cast iron, and the gasoline engines used in cars are mostly made of aluminum cylinder heads. 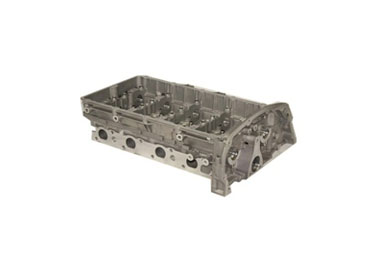 1. The casting cylinder head bolts should be evenly tightened and the oil supply time should be adjusted correctly.

3. Diesel engines should avoid working under overload for a long time.

4. When the engine is working and the water tank is occasionally short of water, it should not be turned off immediately, but should be slowly added at low speed. Do not add cold water after the engine has gone hot. After parking, wait for the water temperature to drop below 40 °C before releasing the water. In the cold winter season, you can't add water immediately, but you should first heat the water and add water.

5. Check whether the cooling water holes are unblocked during assembly. Regularly clean the cooling system with an alkaline solution to remove scale oil in time.

Previous: How to properly disassemble the cylinder head?