Reasons why the engine cylinder head is not tightly sealed (below)

5. Uneven cooling of the cylinder surface

6. Problems related to additives in coolant 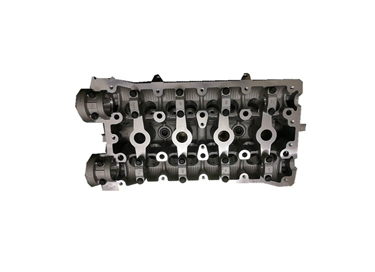 Due to the different types of diesel engines, the cetane number of diesel has different requirements. If the selected fuel is not satisfactory, it will not only cause economic and power decline, but also cause a large amount of carbon deposition or abnormal combustion of the diesel engine, which will cause the local body temperature to be too high, causing the cylinder pads and the body to ablate Reduce the sealing performance of the aluminum cylinder head. Therefore, the choice of diesel cetane number of diesel engines must meet the requirements of use regulations.

9. Improper use of diesel engines

Some operators are afraid of the engine stalling, so they always bang the throttle continuously when starting the engine, or keep the engine running at high speed as soon as the engine is started to maintain the working state of the engine; Gear stalls and coasts, and then the gear is forced to start the engine. Engines operating under such conditions not only increase engine wear, but also cause the pressure in the cylinder to rise sharply, which can easily damage the cylinder gasket and cause a reduction in sealing performance. In addition, the engine is often overloaded and knocked for a long time, causing local pressure and temperature in the cylinder to be too high. At this time, the cylinder gasket is also damaged and its sealing performance is reduced.

Next: Reasons why the engine cylinder head is not tightly sealed (on)