How to Identify Engine Failure?

Many times when the engine is "discomfortable", if the engine problem is not discovered and dealt with in time, some of the original problems will be magnified to replace the entire component, which is undoubtedly a waste of time and money. Today, a custom distributor is here to help Card Friends quickly identify engine failures and avoid spending money!

Phenomenon: When the engine is at medium speed, heavy noise is emitted from the side of the cylinder block Chery camshaft; the noise is chaotic at high speed. When the oil is cut off in a single cylinder, the sound does not change. There is vibration near the camshaft bearing. 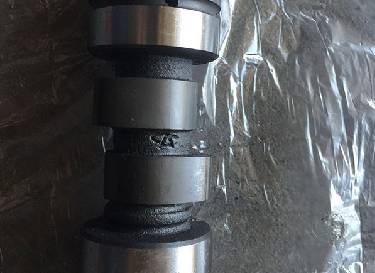 Phenomenon: When a fault occurs, the engine will have difficulty starting, the exhaust pipe will fire, smoke, fuel consumption will increase, and abnormal noise will occur.

If you encounter engine failure during transportation, you must promptly go to a professional maintenance service site for inspection and find the root cause for maintenance in a timely manner. Judging and mastering the causes of engine failures and troubleshooting methods can reduce potential safety hazards while driving. At the same time, regular maintenance and repairs at professional service stations can make the engine service life longer.

Previous: Does the Engine "Burn" Oil? the Solution Teaches You (Part 1)

Next: Cleaning and Maintenance In Time Will Help Extend the Life of the Engine